about the hutton john estate

Hutton John Estate, situated near to the small hamlet of Hutton between Penrith and Keswick, lies neatly within a valley, tucked amongst the trees and fells.

The main house on the Estate has never been sold on the open market and since the first pele tower was built in the 14th century, it has been passed down through the generations to various families.

Read on to discover the Hutton John Estate history. 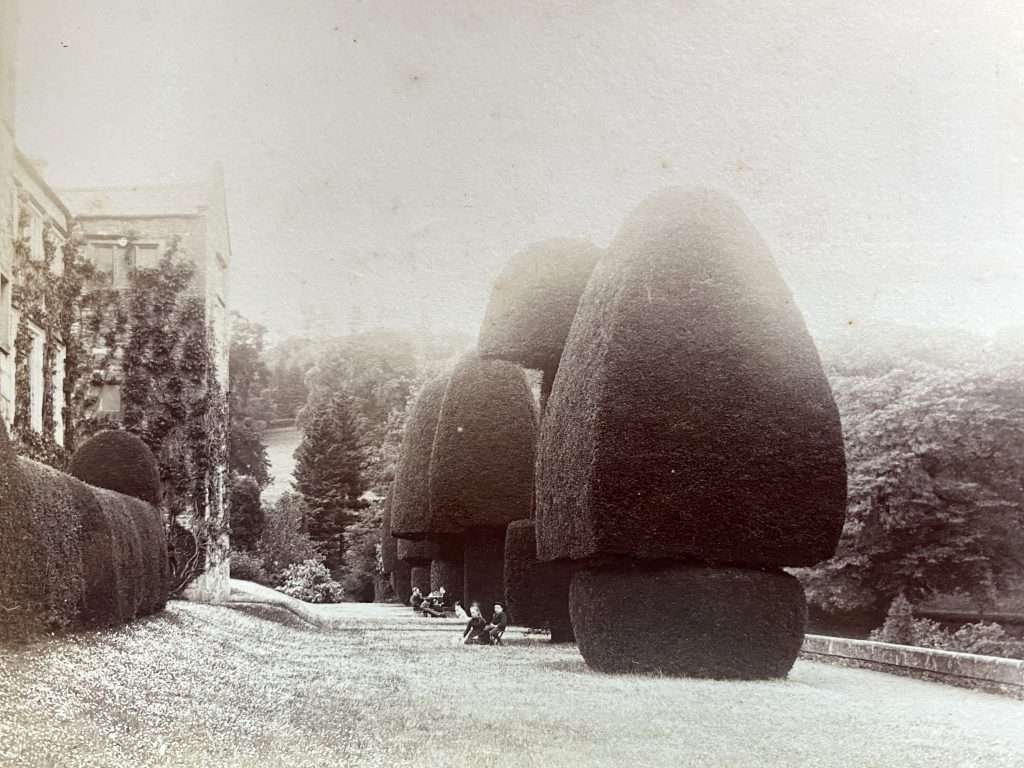 The Hutton or de Hoton family were the original owners of the Estate and William de Hoton built the pele tower some time in the 14th century to protect against the Border Reivers. The name is ancient and you will notice as you travel around the North there are many Hutton settlements: Hutton Roof, Hutton End, Hutton Henry, but none as beautiful as Hutton John, if you ask us. This branch of the Hutton family died out in the 18th century.

There was a Tudor addition to the pele tower built by Cuthbert Hutton in 1540. He also planted eight glorious yew trees which we still have today. They are giants now and stand guard on the upper terrace of the house grounds, looking over towards Dacre Beck.

The house belonged to the Huttons until 1570 when it passed (partly) through marriage to the Hudleston family. Today, the Hudlestons still have links to the Estate.

Andrew (the Cavalier) and Dorothy Hudleston built the north wing of the house in 1660. One thing the Hudlestons liked was the name Andrew and so they all have an additional moniker to help identify them. Andrew, in the Hudleston family known as Andrew the Counsellor, Georgianised the main house, adding sash windows and creating the drawing room with an ornate plasterwork ceiling in the late 18th century.

The next keeper of the Estate, whilst her husband (Andrew of course) was out in India, Laura Henrietta Hudleston. She removed the priest’s hole and chapel in order to add more bedrooms (for her 11 children). Her most significant addition was the large hall, in 1866 where she incorporated heart-shaped windows into the design. This cleverly mirrored the early design of Andrew and Dorothy’s wing.

Ferdinand Hudleston came next and he was a keen gardener and opened them up to the public. However, once he died, it became too impractical to maintain them so they were removed and closed. We hope to restore the gardens at some point. 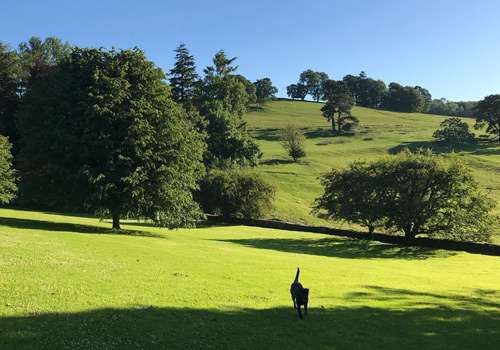 The Dawsons looked after the house and estate until 2010 and it is now in our hands, The Frasers. Today, the house remains a wonderful hodge-podge of local sandstone, mullioned windows, slate, copper and lead roofs. It is a much-cherished place and fits beautifully into the surrounding Cumbrian landscape.

Our priority today is to ensure that the Estate remains sustainable for many more generations. Although much of the Estate is still a working farm, over the last few years we have developed it and it is now home to three luxurious holiday cottages and woodland cabins.

Being surrounded by such stunning nature, we are also making steps to ensure the Estate becomes more sustainable. We consciously make eco-friendly choices with our building materials, energy sources and ensure that the Estate is a haven for wildlife.

Our family is still at the heart of our Estate and we share this ethos with everyone that visits.

We can’t wait to welcome you to this magnificent corner of the Lakes.

All the best,  The Fraser Family.

Explore the traditional Cumbrian hamlet of Hutton John and our surrounding area in the northern Lake District.

Keep up to date with us and the Estate through our seasonal updates. You can also connect with us on facebook and instagram #huttonjohn